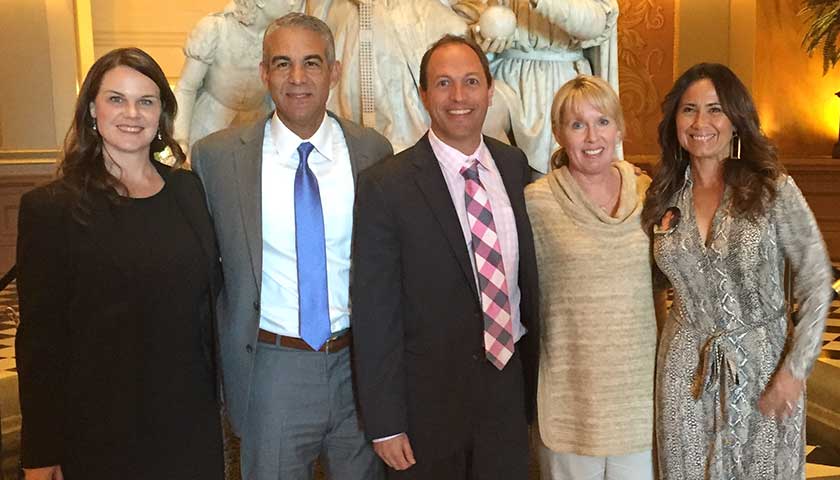 Governor Brown signed the Eric Paredes Sudden Cardiac Arrest Prevention Act into law on September 29, 2016 which expands student athlete safety standards to include ‪‎sudden cardiac arrest‬ prevention protocol. The legislation, which was sponsored by Assemblymember Brian Maienschein (District 77), will require student athletes and their parents to acknowledge annually that they received a fact sheet on cardiac arrest warning signs and risk factors starting July 1, 2017. It will also require a coach or someone in a similar position to remove a student who passes out or faints during athletic activity.

Why is this important?

What most parents and educators don’t know about sudden cardiac arrest (SCA) is that it’s the #1 killer of student athletes and the leading cause of death on school campuses.

Thousands of youth are affected annually by a heart condition that often has unrecognized warning signs. In fact, an American Board of Family Medicine study found that 72% of students who suffered a cardiac arrest were reported by their parents to have had at least one cardiovascular symptom before the event. They just didn’t recognize it as life threatening.

While there is growing protection from concussions for student athletes, there was no legislation to help to safeguard young hearts. Yet as reported by the National Center for Catastrophic Sports Injury Research, more athletes die from a cardiac arrest than from incurring injuries while playing sports.

A 2015 CIF survey of California high school athletic directors underscored the importance of education and training on school campuses. The survey revealed that at least 15% of schools were aware of one or more SCA incidents having occurred in their student community—that translates to hundreds of youth in our state alone lost to a silent killer. A January 2016 study by the Sudden Cardiac Arrest Foundation confirmed that there is an urgent need to counteract the dangerously low awareness of SCA in order to prevent more needless death.

Through new education and awareness protocol, the Eric Paredes Sudden Cardiac Arrest Awareness Act seeks to remedy this gap in student safety requirements as set forth in the current education code. Thank you for embracing this life-saving protocol and joining us in our mission to protect young hearts. 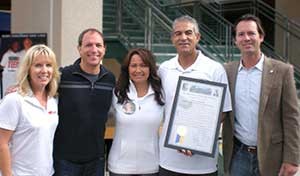 Asm. Brian Maienschein and City Councilman Mark Kersey meet EP Save A Life at a 2014 screening 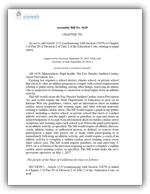