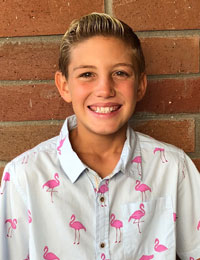 Kolten began complaining of shortness of breath at age 6, though the symptom was attributed to his asthma. But when he contracted a viral infection, Kolten’s pediatrician decided to get an additional chest x-ray and EKG, the latter of which detected an abnormality. Further diagnostic testing, including a holter monitor, treadmill stress test and echocardiogram confirmed Woff-Parkinson-White Syndrome—which accounted for Kolten’s severe supraventricular tachycardia (fast heart rhythm) arising from improper electrical activity caused by four extra pathways in his heart. Untreated, Kolten was at a very high risk for sudden cardiac arrest. Sports activity was temporarily stopped while they attempted to manage his condition with medication as Kolten was younger than most surgical patients, but ultimately the family decided to ablate his extra pathways to permanently correct the problem. Kolten is now 11 and plays every sports he wants, thanks to a pediatrician who looked beyond the basic assessment to recognize warning signs of an undiagnosed heart condition.” 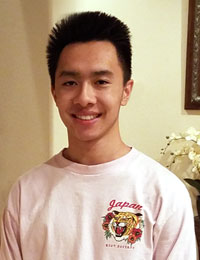 Preston learned about sudden cardiac arrest in his high school sports medicine class and was motivated to get a heart screening. At the event he compared his EKG with his sisters’ and could immediately see a difference. When the doctor advanced him to the echocardiogram station, the reason became clear. Preston had hypertrophic cardiomyopathy—a thickening of the heart muscle causing his heart to be enlarged, which put him at risk for sudden cardiac arrest. Said Preston’s mom, Tina, “The realization that Preston’s heart was working overtime to pump blood made sense in retrospect when Preston wasn’t enjoying physical activity, like family hikes or athletics.” Preston had an ICD implanted to help monitor his condition. Said Preston, “With no prior symptoms or family history, it really put life into perspective learning that at any moment my life could’ve been suddenly taken away.” 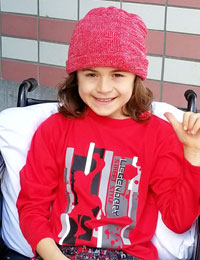 Diagnosed at 3 with a heart murmur that was mistakenly overlooked as he grew, Conrad struggled with sports fitness, exhibiting severe asthma-like symptoms including perpetually blue lips. By 9, an ill-feeling and jolting sensation in his heart triggered an ER visit that flagged an abnormality called Bundle Branch Block. A full screening diagnosed Atrial Septal Defect (ASD)—a sizable hole in his heart he’d had since birth that made his heart work up to seven times harder. Because the original murmur was only monitored through a stethoscope and presumed rectified when it was no longer heard, Conrad’s subsequent warning signs were not connected to a heart issue. Though ASD could go undetected well into adulthood, at that point there may be irreversible heart damage that could’ve been avoided with more comprehensive youth screening with devices. EKGs and echocardiograms enable practitioners to see a problem that can’t be heard. As a result of thorough screening and a successful catheter procedure, Conrad has made a full recovery and has returned to the activities he loves.” 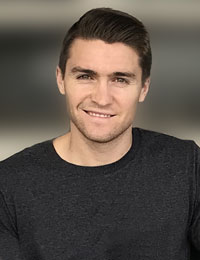 Austin was a competitive athlete throughout his youth, culminating with a coveted spot on the Ohio State soccer team, though he did not receive a heart screening given many NCAA schools have not incorporated EKGs into their sports physicals. Regardless, Austin was not concerned as he never experienced any warning signs, though he admits he likely wouldn’t have recognized them given how active he was. At 27, Austin participated in genetic testing that identified a disposition for hypertrophic cardiomyopathy, though he never followed up with a doctor. A few months later after a bout with the flu, he was jogging with a friend and went into sudden cardiac arrest. She called 911 while a good samaritan jumped in to perform CPR before EMTs arrived to shock Austin twice and bring him back to life after nearly five minutes. A week later EP Save A Life’s medical director Dr. John Rogers installed an ICD to protect Austin from future cardiac arrests. Just months later, Austin was back to work and his active, sports-oriented lifestyle, even enrolling in a Yale research study to evaluate exercise parameters in people with ICDs. “I never thought twice about potential warning signs because as a competitive athlete I just would’ve pushed through it—I never thought I’d be that person who was at risk,” said Austin. “I know the SCA survival rate is low—that’s why I’m so grateful to be alive and am committed to raising awareness about the reality of sudden cardiac arrest in young people and the importance of heart screenings.” 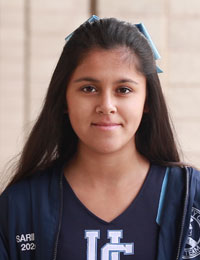 Sarina had a normal EKG at a past heart screening, but the experience helped educate her mom, Natalia, about how risk factors can be inherited. When they learned of a fatal heart condition among several family members, they decided to ask Sarina’s doctor for a referral to a cardiologist. But before that could happen, Sarina was not cleared during a school pre-participation sports physical due to an elevated heart rate. An echo revealed Sarina has an anomalous origin of the right coronary artery, which puts her at risk for SCA. Currently asymptomatic, her condition is being followed via an implanted monitor and she is able to participate in PE and cheer. Says Natalia, “I am certain had I not been informed through EP’s screening I would have agreed with her primary doctor to clear her and we never would’ve known about Sarina’s heart defect.” 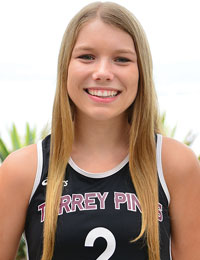 Allison registered her daughter for a heart screening that happened to be on Ryan’s birthday. She almost didn’t go, feeling perfectly fine as a competitive field hockey, soccer and lacrosse student athlete. So the family was shocked when the screening revealed Ryan had Wolff-Parkinson-White syndrome (WPW), which put her at risk for sudden cardiac arrest. Ryan had a successful cardiac catheter ablation and was back on the field enjoying the sports she loves, and will now go on to play field hockey in college. Knowing that things could’ve ended differently had Ryan’s condition not been identified early, mom and daughter have worked to promote youth heart screenings and readily accessible AEDs. Said Ryan, “The screening likely saved my life and I am forever grateful.” 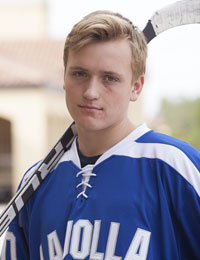 When it came to Carson’s team sports, the tougher the better. His regular wellness and sports physicals cleared him to play. All he ever cared about was a broken bone. So the screening seemed like a waste of a perfectly good morning to sleep in—until the EKG revealed Carson had Wolff-Parkinson-White syndrome. Through every football game, ocean swim and hockey hit, his heart was compromised and no one knew. Once asked, he admitted his heart would race sometimes, but there always seemed to be a good reason, like a big practice or lack of water. With his level of activity, it was easy to explain away and respond by working harder, thinking he just needed to train more. A cardiac ablation remedied Carson’s condition. Says Carson, “It hasn’t slowed me down, but it has made me more aware…and the screening was totally worth getting out of bed for on a Sunday!” 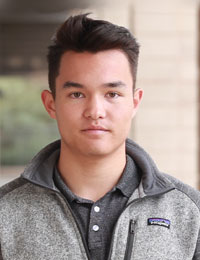 Jacob’s relentlessly racing heart dominated his sports activities. Because he was a healthy, active youth, doctors didn’t even consider a potential heart condition when they diagnosed his symptoms as sports-induced asthma, until a heart screening revealed Wolff-Parkinson-White syndrome (WPW). Since then, he and his mom, Diana, have dedicated themselves to raising awareness of sudden cardiac arrest in youth. When he learned of his heart condition Jacob admitted, “I was shocked and scared, but within a week after my surgical procedure, I was back on the basketball court with no restrictions. The diagnosis has changed my life because I can be as active as I want to be, without fear of discomfort or worse.” Watch Jacob’s Story 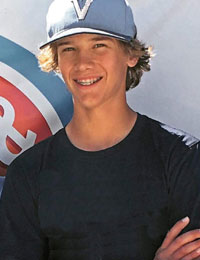 Will was in town for a family vacation and participated in a heart screening sponsored by his former soccer league. Quite shockingly, the screening revealed he had WPW, which can cause an accelerated heartbeat and sudden cardiac arrest. Will’s mom recalls he was mostly asymptomatic, until doctors specifically asked Will if he’d experienced a rapid heartbeat. He had, but thought it was normal, so he never brought it up. Will had a successful ablation a month later to correct the issue. Said Mom Amy, “Most kids are never screened for heart issues. I don’t want my friends’ kids—or any kids—to become a statistic. I lost a friend in high school to an undiagnosed heart defect. His parents would give anything to go back in time and have an opportunity for their son to have a heart screening. If Will hadn’t been screened, he could’ve lost his life to something treatable, like my friend Colin did.” 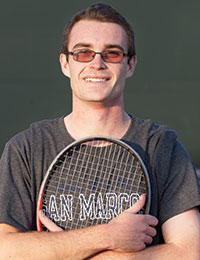 Spencer is an outgoing, athletic, life-of-the-party teen. Playing baseball since he was four and competitive tennis in high school, he never experienced any health issues. So it’s not surprising that Scott, his firefighter/paramedic dad, was shocked when our heart screening detected Wolff-Parkinson-White syndrome, an abnormal extra electrical pathway in the heart. Spencer was referred for an immediate cardiac ablation from a top pediatric cardiologist who said it was lucky Spencer’s condition was caught early as he was at risk for Sudden Cardiac Arrest. “I used to think annual physicals and sports exams were all that was required but they don’t really check your heart,” said Scott. “Thank you for saving my son so I could enjoy him for the rest of my life.” Watch Spencer’s Story 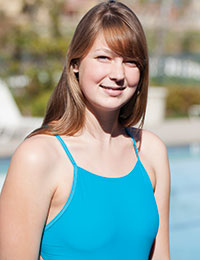 Swimming since she was two and competitively since age nine, Kaelie’s life is about school, homework and water. So when this teen began getting winded at practice with a tight chest and racing heart, she pushed through it without anyone recognizing these warning signs. When our free heart screening detected Atrial Septal Defect (ASD), a hole in her heart, it all made sense to Kaelie’s mom, Jennifer, who now believes teen health care should be more proactive in heart monitoring. Kaelie’s stent implant and closure procedure put her back in the pool with a new outlook on a life she is grateful to have. “Now we can know that she’s safe, that she can swim without fear, and enjoy the rest of her life,” said Jennifer. Watch Kaelie’s Story 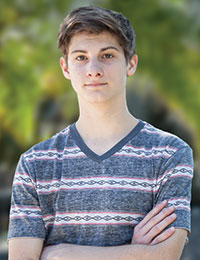 Devin is a healthy kid—the quintessential young athlete. From marathons to soccer to baseball, he shined in every sport. But when his mom heard about Eric Paredes’ death, she followed her instinct to check Devin’s heart. And it turned their world upside down. The screening detected Atrial Septal Defect (ASD), and after a battery of tests, from magnetic resonance to nuclear imaging, a symptomless coronary artery anomaly (CAA)—the second leading cause of sudden death in young athletes, typically discovered during autopsy. “We were shocked and scared as we shut down all activities in preparation for Devin’s open heart surgery,” said Erin. “All went well and he’s back to normal, but we can’t imagine his future and ours had we never done a routine heart screening.” Watch Devin’s Story 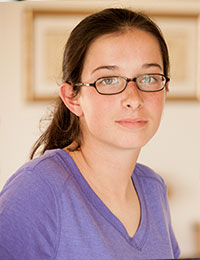 Julia makes her parents, Gina and Matt, proud. She's strong, smart and studious with a kind heart—an accomplished athlete who's tried every sport known to man and has excelled in each. But what her parents thought would be a simple check-the-box check-up turned into a life-changing day when Julia's heart screening detected Long QT syndrome—a high-risk condition for sudden cardiac arrest. Gina and Matt know the screening probably saved Julia's life as she had no symptoms. These parents are thankful they're now prepared to help their daughter live a strong and healthy life. What's more, because Long QT is a hereditary condition, further testing revealed that Gina and her son were also at risk. Says Gina, "Doing one screening saved three lives."Watch Julia's Story
Top